“Facebook defends decision to leave fake Pelosi video and says users should make up their own minds.” 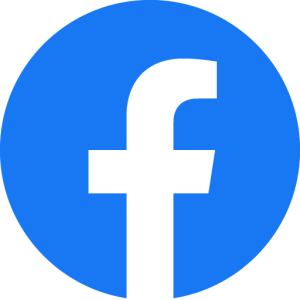 Social Media is a part of our daily lives now days. People browse and refresh their news feed several times in a day rather than watching news on the television or through news channels. This method is quick and easy to access so it is very much popular among the viewers.

Facebook, YouTube, Twitter etc. are some social media platforms where any news whether it’s fake or real goes viral within seconds. Moreover, if the topic is about a public figure then it spreads way faster.

The fake Pelosi video that created a lot of arguments should be removed from every platform because it got no authenticity. Facebook or any other platform must show solidarity on handling fake and demeaning news.

As per Facebook’s decision on not taking down the controversial video fully, will only create confusion to some audiences that are ignorant enough to search for the truth and they will end up believing and spreading the video no matter what, to support their views. Also, recently Facebook started paying creators for their creations like YouTube and to go viral anybody from anywhere now can use technology to portray something absolutely fake and the irony is they’ll make money out of it; as most of the viewers only care about juicy topics without speculating right or wrong.

Facebook had an opportunity to show the world through this particular incident that they are with the truth rather than just thinking about their business profitability.

As a woman I feel violated because this platform was created to ensure privacy first; people placed their trust in this platform and it got popular among all ages. Congresswoman Nancy Pelosi is a well reputed individual if she is not safe in the social media world then regular people like us will indeed not feel safe either. It’s a disgrace that Facebook’s VP is a woman but argued absurdly through supporting her company’s irrational point of view on why they’re not removing the video fully. The way she answered Anderson Cooper’s questions so articulately it only proved her illiteracy towards handling these kinds of sensitive topics. It doesn’t even make any sense because people will judge no matter what but promoting something this demeaning will only influence maniacs toward spreading hate and ending up with heinous acts.

Facebook should have supported the decision the way other social media platforms respected through removing the video fully but the way FB handled this matter, in near future they indeed will have to face the consequences.